Inflammation of the nose, nasal lining and sinuses is called rhinosinusitis. Rhinosinusitis is diagnosed when at least two symptoms are present. One symptom must be nasal obstruction, blockage, congestion or nasal discharge (either from the front of the nose or down the back of the throat) with or without loss of smell, the sensation of facial pressure or facial pain. The disease affects up to one in ten people and there are numerous different causes. The severity of your symptoms can be graded as mild, moderate or severe and are broken into acute (symptoms lasting less than three months) versus chronic symptoms (which last over 3 months duration).

Nasal polyps are associated with chronic rhinosinusitis. Nasal polyps are present if there is severe swelling of the nasal lining. Polyps can hang down into the nose, nasal cavity and fill the sinuses causing worsening of the symptoms from rhinosinusitis. Polyps are diagnosed by looking into the nose from the front, using a camera or by computed tomography (CT) scanning which will show blocked sinuses and mucous drainage pathways. There may also be pus coming from the sinus openings into the nose.

Causes of rhinosinusitis include infections such as simple viruses (for example the common cold), bacterial infections or fungal infections. Other causes include inflammatory conditions, allergy (which is divided into allergic rhinitis and is managed and investigated slightly differently), degeneration of the nasal lining, medications (such as over the counter decongestants), illegal drugs, neurological conditions, genetic disorders, altered anatomy and vascular and autoimmune diseases.

The treatment of your rhinosinusitis depends on the symptoms you have, their severity and the underlying cause. The main treatment for rhinosinusitis is steroids to try and reduce the inflammation within the nose. Steroids can be given as a nasal spray, drops or systemically with tablets. Topical steroids are very safe and only absorbed by the body in very small amounts, so do not have any systemic side effects. Other treatments include nasal douche (washing of the nasal cavity to keep it clean), antibiotics, surgery, avoidance of the cause and in some instances immunosuppression (if it is vascular or autoimmune related rhinosinusitis). Nasal decongestants can be used for short periods but these can cause rhinosinusitis if used for too long and a maximum of 10 – 12 days is recommended.

Surgery for rhinosinusitis is called functional endoscopic sinus surgery (FESS). It is performed using a camera and fine instruments through the nostrils to access the nose and sinuses. There are no external cuts or scars. The procedure involves opening the sinuses to aide drainage of the sinuses, allow better distribution of medications and removing any polyps to reduce symptoms. The procedure does occasionally have to be repeated, especially in patients who suffer with polyps which can recur following surgery and on medical treatment. FESS is usually a day case procedure, meaning patients go home the same day. Opening of the sinuses can be combined with reducing the size of your turbinate’s (the structures in your nose that warm and humidify air before it goes into the lungs) which helps with nasal obstruction and is called a Turbinoplasty. Another procedure which may be required is a Septoplasty (straightening the centre of the nose, the septum) to allow access to the sinuses if it is very bent or to help with nasal blockage. FESS, Turbinoplasty and Septoplasty are straightforward operations with a low chance of a complications. The risks and benefits of treatments and surgery will be discussed with you during your consultation and the best treatment options tailored to individual patients. 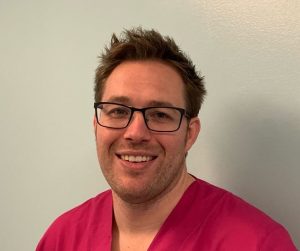 To book a consultation or learn more about the services we provide, contact the hospital direct on 01233 423 303 or email us