Mr Atkin  always tries to take a compassionate approach and aim to explain things clearly so that a patient is fully informed about their condition and the treatment options. Mr Gary Atkin believe this is very important in order to reduce a patient’s concerns and allow them to undergo the most appropriate treatment.

Mr Gary Atkin is married with a young daughter and is an avid sports fan.

Here are some wonderful comments and feedback left by our patients on the care they received from Mr Gary Atkin.

Mr Gary Atkin explained everything very well and replied to all my questions. He is very professional 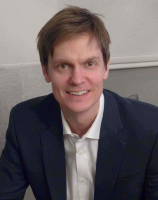