Ms Codruta Neumann has been a member of ENT Masterclass faculty since 2014 and this autumn she was very busy lecturing around the world.

ENT Masterclass is a training organisation that delivers ENT teaching for free to more than 2,500 healthcare professionals worldwide.  Ear nose and throat surgeons, general practitioners and senior nurses from the UK, Europe, Australia, America, Africa and Asia have attended and benefited from intensive courses in all aspects of ENT.  It is a charitable organisation with its members paying for their own travel expenses and accommodation. 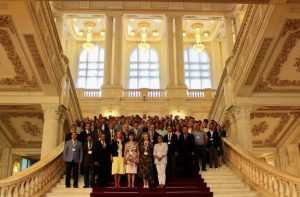 The latest academic adventures of Ms Neumann took her to Romania and Uzbekistan.  In Romania, ENT Masterclass was held at the Parliament Palace (pictures 1, 2 and 3), and attended by 350 surgeons from 11 countries.  Ms Neumann lectured about ENT emergency conditions in children and pioneering techniques in chronic ear disease.  She took part in a one hour panel discussion along with 3 other distinguished international ENT specialists, sharing her expertise. 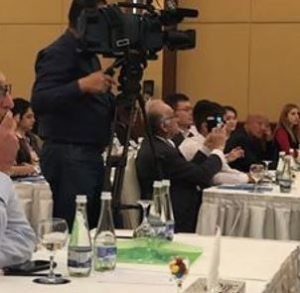 The conference in Tashkent, Uzbekistan gave her opportunity to teach about mastoid obliteration, a technique used to deal with mastoid cavities that are infected and cause problems.  This is a complex procedure, undertaken successfully only by a handful or ear surgeons in the UK and never seen in Uzbekistan.  The ENT delegation was met by a sea of people in Tashkent , along with the Minister of Health for Uzbekistan and a filming crew for national TV. 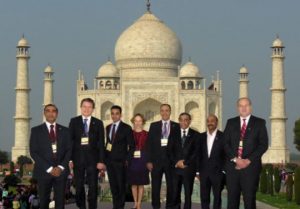 As a member of ENT Masterclass Academic Travelling club, she taught in Delhi and Mumbai in Dec 2014.  Satellite broadcast sessions were held over 18 cities in India and more than 1,200 surgeons from all over India attended the course.

In April 2017 Ms Neumann taught in Cape Town, South Africa to an audience from South Africa and neighbouring African countries.  In June 2017 ENT Masterclass held its first conference in Beijing, China attended by more than 500 delegates from all over China.  Closer to home, in the autumn of 2017 Ms Neumann taught in ENT Masterclass Europe in Berlin as part of an internationally renown faculty of experts in all domains of ear, nose and throat surgery.  No less than 250 surgeons from all over Europe attended this 2 day intensive course. 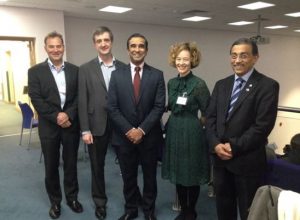 Ms Neumann is also teaching closer to home in the annual Audiology and Balance Masterclass as well as the ENT Emergency Masterclass along with internationally reputed colleagues in the field (Picture 8).