Parkinson’s Disease is the second most common neurodegenerative condition after Alzheimer’s Disease and affects 1 in 500 people in the UK currently.

Parkinson’s Disease is an age-related condition with increasing prevalence with age and mean age of onset is 65 years and the number of people with the condition is increasing all the time as the population ages and people are living longer.

It is due to a chemical imbalance in the brain primarily dopamine deficiency which occurs because dopaminergic neurones in the nigrostriatal pathway in the striatum (which is involved in modulating movement) in the basal ganglia part of the brain die at an accelerated rate in people with this condition.

Other neurotransmitters in the brain are also affected, for example acetylcholine, which leads to cognitive dysfunction. Deficit of this in patients with Parkinson’s Disease dementia is even more pronounced than in Alzheimer’s.

What are the main symptoms? 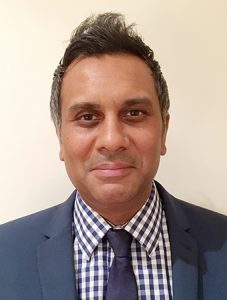 The main symptoms are tremor, slowness of movements, increased muscular rigidity and problems with balance and walking.

Also after diagnosis, specialists in the condition can identify and address a whole range of other symptoms from the ‘motor/movement symptoms’  mentioned above which are collectively known as ‘non-motor symptoms’ and which are classed into the following main categories:

These non-motor symptoms have a significant impact on quality of life, particularly the neuropsychiatric features and are often, more so than the motor symptoms in patients with diagnosed Parkinson’s Disease, under recognised and therefore left untreated.

How is Parkinson’s Disease diagnosed?

It is a condition that is often not recognised and therefore under diagnosed as many of the symptoms are attributed to ageing. It is actually very treatable with range of medications and treatment strategies for both the motor/movement symptoms and non-motor symptoms.

It is a clinical diagnosis made by a Movement Disorders Specialist.

Brain imaging scans which detect dopamine deficiency are helpful when there is diagnostic uncertainty.

The importance of early correct diagnosis cannot be over-emphasised as the condition is highly treatable with the aim of treatment to correct the chemical imbalances that occur and therefore improve quality of life.

How is Parkinson’s Disease managed?

It is important to mention people with Parkinson’s should have good holistic integrated care not only with drugs but with other strategies such as physiotherapy, exercise (including dancing therapy) and patient education.

Therapeutic treatment in managing the motor symptoms in Parkinson’s Disease is aimed at correcting dopamine deficiency in the brain and providing symptomatic benefit of motor/movement symptoms. Treatment is started when required from a functional point of view to maintain function and quality of life.

There are three main advanced therapy options based on the concept of ‘Continuous  Dopaminergic Stimulation’ for reducing motor complications in Parkinson’s Disease refractory to optimal conventional dopaminergic treatment :

As people with Parkinson’s Disease are often over the age of 65 years they often also have other medical conditions and poly pharmacy and a wide range of non motor symptoms particularly neuropsychiatric symptoms and are therefore best cared for by a Geriatrician with a special interest and expertise in Parkinson’s Disease.

Dr Soumit Singhai has been leading on developing holistic integrated multi professional care for people with Parkinson’s in the NHS and his work in the area has been recognised as an example of best practice by Parkinson’s UK.  He also provides this type of care in his private practice at One Hatfield Hospital and has weekly clinics on Tuesdays.

Spine and Back Pain Unit

Neck and Back Pain