To mark Dementia Awareness Week 2021, Dr Soumit Singhai shares his answers questions to the questions he is most frequently asked about the disease. Dr Singhai is Consultant Geriatrician and Physician, with specialist interest and expertise in the cognitive and neuropsychiatric problems related to dementia and also Parkinson’s disease.

What is the difference between normal forgetfulness with ageing, and memory problems in an older person that suggest an underlying medical disorder such as dementia? 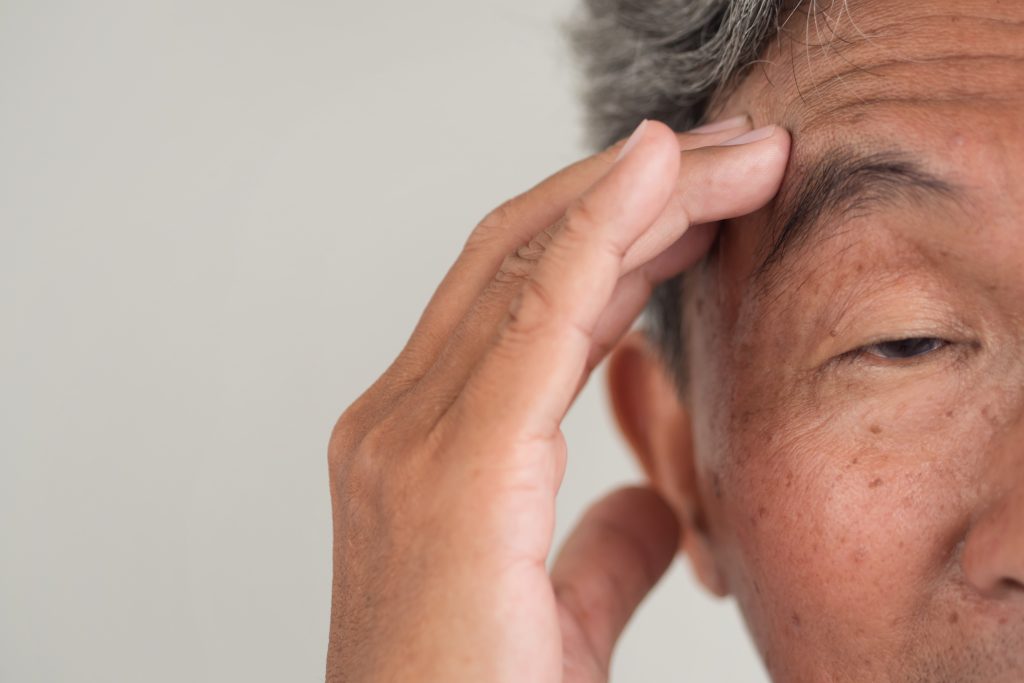 For most people, occasional lapses in memory are a normal part of the ageing process, and not a warning sign of serious mental deterioration or the onset of dementia.

The following examples of memory lapses are normal among older adults and generally are not considered warning signs of a more serious underlying medical disorder:

The key question is whether the memory loss affects the person’s ability to function and do the things they need to do as part of their everyday life.

The term ‘dementia’ describes a set of symptoms that may include memory loss and difficulties with thinking, problem-solving or language that they have become severe enough to affect a person’s normal day to day activities.

Dementia is caused by different diseases affecting the brain including Alzheimer’s disease which is the most common cause of dementia. Other types of dementia include Vascular Dementia and Dementia with Lewy Bodies.

What are the most commons symptoms of dementia?

A person with dementia will have what we term ‘cognitive symptoms’ which are to do with memory and thinking.

Some of the common symptoms are as follows :

The different types of dementia tend to affect people differently, especially in the early stages.

When should you seek medical help for memory loss and are there any benefits in early diagnosis?

It is time to consult a specialist when memory lapses become frequent enough or sufficiently noticeable to concern you or a family member.

Early diagnosis is beneficial for the following reasons:

If you are experiencing any of these symptoms or are concerned about a friend or relative, you can contact us here at One Hatfield Hospital for assessment in the memory clinic here.

Even if you’re not displaying all the necessary symptoms to indicate dementia, now may be a good time to take steps to prevent a small problem becoming a larger one.

At the memory clinic here at One Hatfield Hospital we can evaluate your symptoms assess risk factors, review and stop medication that can cause problems with cognition, eliminate reversible causes of memory loss, and help you obtain appropriate care including drug treatment and support.

Is there anything you can do to reduce the risk of developing Alzheimer’s?

Promising research shows that you can reduce your risk of Alzheimer’s and other dementias through a combination of simple but effective lifestyle changes.

By leading a brain-healthy lifestyle, you may be able to prevent the symptoms of Alzheimer’s disease and slow down, or even reverse, the process of deterioration.

There are six important factors for a brain-healthy lifestyle which are as follows:

Other tips to reduce the risk of Alzheimer’s are:

Call 01707 443 333 to book a consultation with Dr Soumit Singhai at One Hatfield Hospital.

Have you heard about The Memory Clinic?

The Memory Clinic gives patients the opportunity to  meet with our Consultant Physician, Dr Singhai to discuss any memory concerns that might be linked to dementia.

A full consultation is undertaken including an in-depth medical history review, comprehensive cognitive assessment, blood tests and  MRI brain scan. At your follow up appointment  (included in the package) Dr Singhai will discuss test results, your clinical diagnosis and and management that may be needed.