WE ARE OPEN. Safety measures have been implemented to ensure we continue to be a COVID-secure hospital. For further information, please CLICK HERE 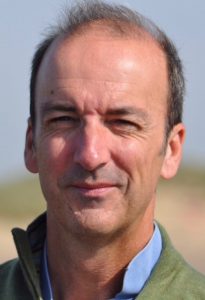 Over the past few months, healthcare in the United Kingdom has been put under enormous pressure by the Coronavirus outbreak. Because of the unknown nature of this new predator, drastic action had to be taken, in order to avoid our healthcare facilities to be overwhelmed by critically ill patients. Some of these actions were to stop all elective planned surgery throughout the nation in order to create safe places to treat vulnerable patients and to keep urgent cancer services running. To achieve this, the government decreed a law, which allowed the temporary takeover of the independent sector by the NHS for those purposes. It was a logical step to take. The independent sector tends to have facilities better suited for isolation, as most wards will have single patient accommodation with ensuite bathrooms, and the hospitals would have been kept largely infection free as no acute admissions happen.

Private Healthcare providers throughout the country surrendered their hospitals and worked closely with their local NHS Trusts to identify local need and how the two sectors could work together.

Patients in need for urgent care were transferred and cared for by a combination of NHS and private sector workers. This was a new experience. Lessons had to be learned quickly, communication lines had to be established, job plans had to be adapted and new procedures had to be facilitated in many areas. Establishing a reliable flow of medical information, equipment and implants to the ‘new’ hospitals was paramount to keep our patients safe. It was not all plain sailing: so much needed to be done with so little time or prior notice. Frustrations started to rise on both sides, when the logistics meant that the available capacity for theatres and beds could not be used to the full.

There has been criticism over the cost-effectiveness of such an arrangement and whether it was handled well. The independent sector was even accused of being complacent in their handling of the task, even though the reins had been taken out of their hands and handed over to the NHS.

Looking back at this period, it is clear that with hindsight, things could have been done better, and more patients might have been treated. Historically, communication between the two sectors of healthcare could be difficult at the best of times, even without the addition of a worldwide pandemic. What this experience has shown though is that it is possible to collaborate and achieve good results in terms of the provision of patient care, if both sides are working together. Data from One Ashford Hospital, working collaboratively with East Kent Hospitals University Foundation Trust shows that month on month efficiency improved and capacity was steadily increased, indicating that lessons were learned, communication got better and patient flow with all its paraphernalia became organised.

From March 2020 until now, over 3,000 NHS patients have been treated at One Ashford Hospital with over 1,000 procedures having been carried out, 400 NHS patients seen in outpatients and over 1,600 seen for Imaging.

Although at the end of the year the current legislation will end, there are still plans to provide services for the NHS, with a focus on reducing waiting lists across all specialties. In the future, the collaboration between NHS and Private Healthcare providers in treating NHS patients is here to stay. In fact, the contribution of the independent sector should be increased to ease the burden on NHS hospitals. With appropriate selection of patients, procedures and conditions, this can be done efficiently and at the same cost, if not less, compared to NHS hospitals. Independent Healthcare does not have to be reserved for the privileged. It can be opened up to a wider section of the population, with the effect of reducing waiting lists and easing pressure on NHS facilities.