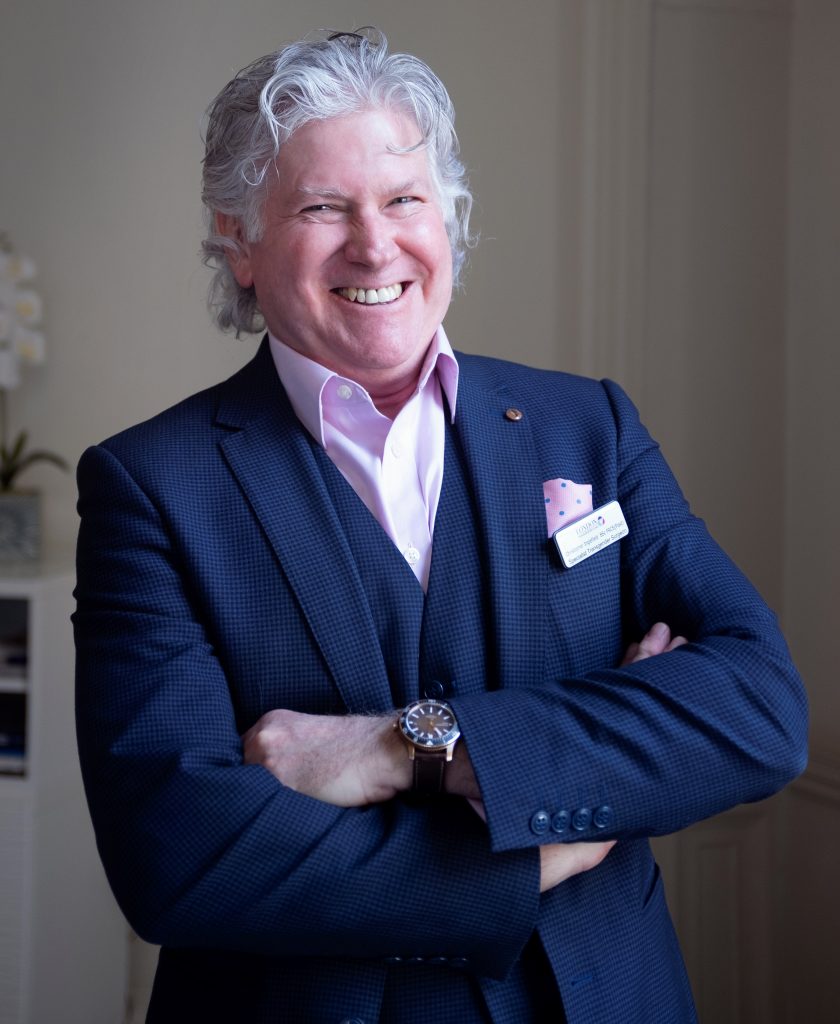 Mr. Christopher Inglefield BSc, MBBS, FRCS(Plast) was born in Trinidad, West Indies, and obtained his Medical Degree from the University of the West Indies in Jamaica and Trinidad in 1985. After attaining his Medical Degree he went on to complete his specialist surgical training in the UK passing the examinations for admission as a Fellow to the Royal College of Surgeons of England in 1990.

Mr. Inglefield became passionate about plastic surgery and after 6 years of developing his specialist skills and experience passed the intercollegiate specialist examination (in Plastic Surgery) and was awarded the FRCS(Plast) in 1997. This confirmed his expertise in all aspects of Plastic, Reconstructive and Cosmetic Surgery and he was admitted on the Specialist Register of the UK General Medical Council.

He then went on to develop his interest in Transgender Care from 1998 during which time he gained valuable experience working with renowned gender surgeon James Dalrymple, Senior Gender Surgeon at Charing Cross Hospital, London. Together with Mr Dalrymple, Mr Inglefield gained extensive experience in Primary Male to Female Surgery, complex Revision Gender Surgery and Genital Revision Surgery with patients soon being referred from all over the world for his expertise.

To ensure the service that he offers his patients is constantly evolving to embrace the lastet technological and surgical developments Mr. Inglefield constantly attends and is asked to speak at many national and international conferences and workshops. Mr. Inglefield has also written several papers and contributed to many specialist books and journals within the field of Plastic and Reconstructive Surgery. He is a member of the UK Association of Aesthetic Surgeons, British Burn Association, the British Microsurgical Society, the British Association of Surgical Oncology and the Royal Society of Medicine – Plastic Surgery.

Mr. Inglefield has appeared on numerous occasions for television and radio programmes including Botched Up Bodies, BodyShockers, Radio 5 Live, NBC and Granada. In addition, he has been interviewed and quoted a number of times in national newspapers and magazines, such as The Sunday Mirror, The Sunday Times, The Financial Times, The Daily Mail and Marie Claire, Harpers Bazaar, among others.

Mr. Inglefield is a Specialist Transgender Surgeon with expertise in male to female transition. The dedicated and experienced team at London Transgender Surgery offers an extensive range of both surgical and non-surgical procedures. Mr. Inglefield and his team are committed to offering the most up to date and innovative treatments and procedures and the highest standard of care in a stress free and caring environment. He is admired by both his peers as well as his patients.

I recently underwent my surgical procedure with Mr Inglefield at One Hatfield Hospital and my whole experience, from the initial meeting to the hospital stay was as smooth and pleasant as could be.
The staff are lovely and give off such a positive and tailored attitude towards you, it really makes all the difference when you embark on such a journey. The hospital itself is beautiful and so clean, very reassuring when considering any surgery and gave me a sense of assurance.
The staff there were very warm too and attentive, I was shocked just how much they kept an eye on me and seemed to actually care how I felt after my surgery. You can’t fake a good aura and I think this is why everything was such a positive for me. Not to mention the rooms are more like a luxury hotel due to the comfort and style of them. I felt that every aspect was tended to and dealt with and for this I am ever so grateful. I definitely didn’t anticipate enjoying the journey so much!
Thank you for EVERYTHING!