Mr Ben Eddy is a Consultant Urological Surgeon who has a specialist interest in uro-oncology (urological cancers), focusing on minimally invasive techniques for the surgical treatment of urological cancers.

Mr Eddy trained at Guys and St Thomas’s medical schools and qualified in 1996.  He trained in and around London, finishing with an International Fellowship in Robotic and Laparoscopic surgery in Adelaide, Australia in 2008, being one of the first UK trainees to do this.  Following a year as a Consultant in Bristol he was appointed Consultant Urological Surgeon in East Kent in 2010, subsequently setting up Kent’s first robotic surgical service for Urological cancers.  The centre is now one of most experienced robotic services in the UK.  Mr Eddy is now one of the UK’s most experienced robotic surgeons specialising in robotic surgery for prostate and kidney cancer.  He is, on an annual basis, one of the UK’s highest volume surgeons and has performed over 1,300 robotic prostatectomy surgeries. He is a national trainer in robotic surgery and has set up one of the UK’s highest volume fellowship programmes and now has international fellows learning from him.  East Kent Hospitals was awarded the Urology Foundation National Robotic training centre, one of only five in the country.

The robotic surgery programme  for prostate cancer has won many awards and in 2017 Mr Eddy was awarded the John Anderson award by the British Association of Urological Surgeons for high quality care. He has also been quoted in both national and local press.

Mr Eddy is committed to men’s health and has set up at One Ashford a rapid access pathway for patients with suspected prostate cancer and raised PSA’s.  He is very experienced in advanced diagnostics including the use of pre biopsy MRI since 2014, Multi Parametric MRI and perineal fusion biopsy techniques.

At One Ashford Hospital, all treatments and investigations can be organised rapidly or on the patient’s own timeline.

Here at One Ashford Hospital, we are always pleased to hear what our patient’s think of the service they have received.  Below is a snapshot of the some of the excellent feedback we have received for Mr Ben Eddy.

Mr Eddy is master of his brief. Very good at his craft. I would highly recommend him.

From start to finish, Mr Eddy gave me complete confidence that he fully understood how to successfully treat my condition. A highly skilled and professional surgeon.

Ben is the best Urologist in our part of England!

Mr Ben Eddy is the best!

Mr Eddy has presented and published research on his areas of interest, particularly focusing on his own outcome data so has a clear knowledge of his own results, something very few surgeons do.

The word unprecedented has been used a lot over the last 9 months, but to be in a position where we had to stop or delay the majority of our NHS cancer surgery for a few months is something we have never seen before and will be unlikely to see again in our careers.

One Ashford Hospital are Proud Sponsors of The Urology Foundation

One Ashford Hospital are proud to support The Urology Foundation who, working with researchers, urologists and healthcare professionals, aim to improve the nation’s urology care.  They are dedicated to beating all urology diseases through cutting-edge research and leading education and training to ensure that fewer lives will be devastated.

Prostate Cancer – Be Proactive. Get Tested 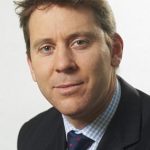 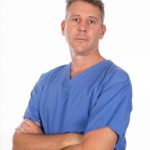 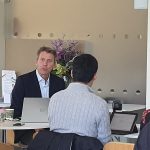