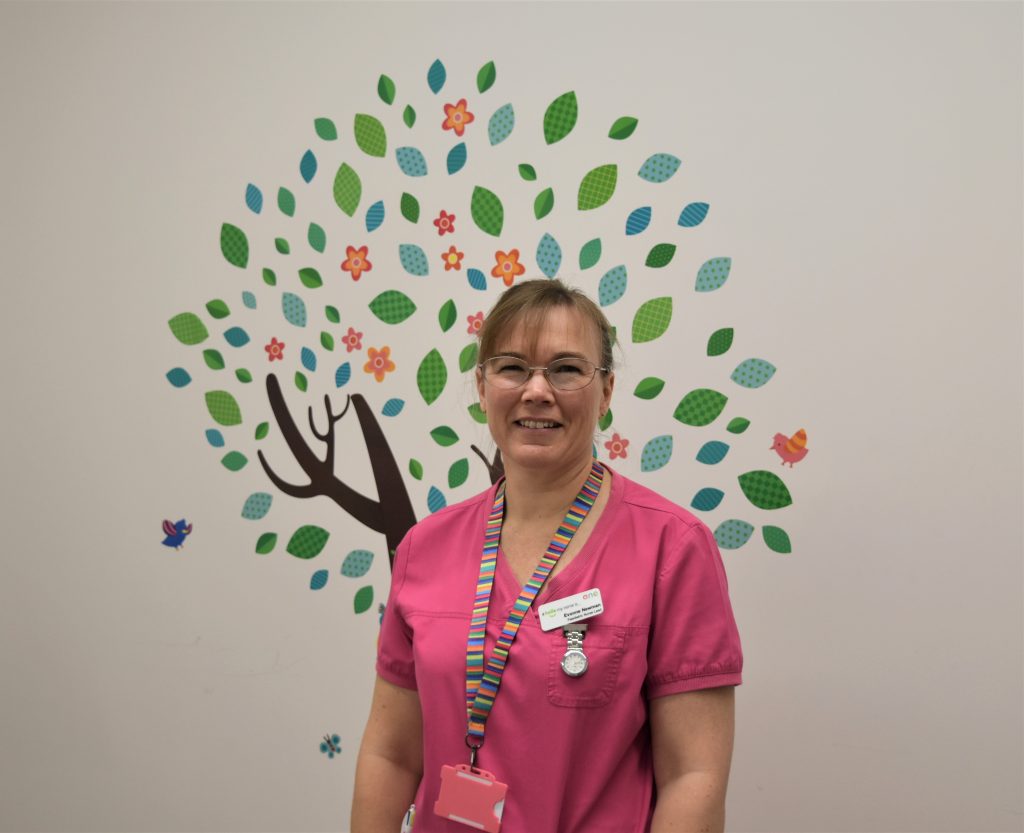 On qualifying as a registered Children’s nurse in 1994, Evonne went to work on Padua Ward at William Harvey Hospital.  It was there that she learnt and gained skills in caring for acutely unwell children as well as looking after children having planned procedures such as surgery.  Being a general ward, she was able to look after many children who all needed individual care and attention, ranging from asthma to tonsillectomy, appendicitis to meningitis.  She became the Pre-assessment nurse and tan a weekly clinic to prepare children and their parents for the planned surgery.

In 2013 Evonne changed roles and went to work on Dolphin Ward (Kent & Canterbury Hospital) as a Deputy Ward Manager.  The ward specialised in ambulatory care: day case surgery, investigations, treatments and tests that required a few hours in a hospital setting as well as seeing, assessing and treating direct referrals from GP practices.  Then in 2016 Evonne became the Ward Manager there, responsible for the day-to-day running of the ward, facilitating outpatients for Children and Young People that ran alongside the ward, as well as overseeing the outpatient clinics for Children and Young People at Buckland Hospital, Dover.

Evonne has always worked in East Kent as this is where she grew up and her large extended family is based.  She is married with two children.

When not at work she enjoys baking, trying out new recipes on family and friends as well as visiting gardens and enjoy watching a good film, especially in the winter months.