We have implemented safety measures to ensure we continue to be a COVID free hospital.  For further information, please Click Here. 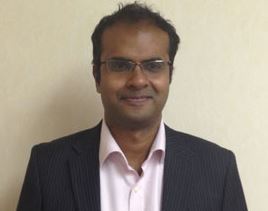 This is complimented by diagnostic and therapeutic endoscopy including gastroscopy; colonoscopy; stricture dilatation; endoscopic mucosal resection of pre-cancerous lesions and percutaneous endoscopic gastrostomy.

Dr Prayman Sattianayagam graduated from Cambridge University in 1999. His specialist gastroenterology training was in hospitals in London, Surrey and Sussex (2004-2012). In addition to his medical and pharmacology degrees, in 2012 he was awarded a MD doctorate from University College London after completing a 3-year clinical research fellowship at the Royal Free Hospital, London. This period of research resulted in presentations at several international meetings and publication of numerous peer-reviewed papers in highly regarded medical journals. These were in the areas of luminal gastroenterology, endoscopy, hepatology and nutrition.

Dr Sattianayagam sees patients with luminal, hepatobiliary and pancreatic conditions. He has developed subspecialty interests in endoscopy and hepatology. He was awarded a British Society of Gastroeneterology travelling endoscopy fellowship to the Medical University of South Carolina, USA. Subsequently he completed a one year therapeutic endoscopy fellowship at St. Vincent’s Hospital in Melboune, Australia (2012-2013). There he learnt specialist endoscopic techniques including capsule endoscopy, double balloon enteroscopy, endoscopic muscosal resection of pre-cancerous lesions, radiofrequency ablation of Barrett’s oesophagus and endoscopic ultrasound.

He is a Consultant Gastroenterologist and General Physician at East Kent Hospitals University NHS Foundation Trust, where he is also the lead for viral hepatitis. He has an active research interest and is involved in studies of both inflammatory bowel disease and liver disease.

Dr Sattianayagam is married with one child. He enjoys spending time with his family and travelling.